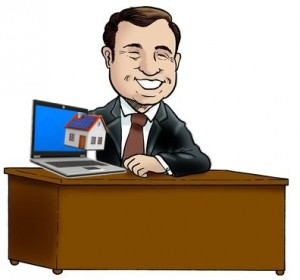 Kelowna real estate agents are a lot like other people and like most,  we’ve evolved and adapted to new technologies.  In the olden days prior to fully loaded smart phones when I went out of town I was pretty much off the grid and handed my pager to another agent who would handle my calls and appointments. I took three days off last week to visit my daughter who’s studying in Minneapolis to watch her compete at a swim meet.  If any of you have kids in swimming you know there’s only about 2-3 minutes where your child is actually competing and the rest of the day is spent  waiting around time.

if you’ve ever been to Minneapolis you already know there really isn’t a lot to do unless you enjoy shopping in their mega-mall or wolf hunting I suppose.  Since I enjoy neither I decided to work.  Armed with a pretty good Telus roaming plan Â and a notebook computer I was able keep in touch with people back home and even negotiated two offers.  One of my Kelowna home sellers was in Puerto Vallarta while an offer came in on her home and we were able to negotiate it without skipping a beat just as though we were on the opposite ends of Kelowna.

On a second deal, a foreclosure in Lakeview Heights, the listing agent was vacationing in Cabo San Lucas, my buyer was in Hawaii and the bank was using a lawyer in Vancouver.  Same story as above with offers and counter offers going back and forth but we didn’t miss a beat.  There are many limitations to carrying out day to day activities of a Kelowna Realtor  from a different time zone and the obvious one is not being able to show houses to anyone (we get another agent in our office to cover for us while we’re away).
The other obstacle is that it’s always sitting down with someone at their kitchen table after their kids have gone to bed to discuss a contract as opposed to a phone call from an airport Starbucks or the back of a taxi. I am more comfortable in an office setting when negotiating on behalf of a client because it’s certainly easier to deal with various issues as they arise but with today’s technology we’re never too far away and don’t have to re-learn the rhythms of the market once we get back home.

We’ll look at this closer next week once March numbers are in but 2014 continues to look like it’s going to be a good year. There were 374 homes sold through this point in the year in 2013 and we’re at 407 in 2014.  The average price sale is $551,000 which is significantly higher than last year.  This is due to a higher than normal percentage of seven figure luxury homes selling after some fairly significant price reductions.  For example, if a home that was once priced at 2.2 million sells two years later for 1.6 million it still bumps overall averages up even though the seller loses money. There haven’t been any noticeable increases in more affordable segments of the market but everything sure looks good on paper.

The other good news to report is that I haven’t been seeing the words bubble or correction in the news lately other than to read that no one’s worried about bubbles or corrections.  These words just scare buyers to death and only after taking a measured approach  looking long and hard at long term real estate data is a nervous home buyer able to jump into the market.

Are you  thinking of buying in  Kelowna? Let us put together an information package for you and your family Kelowna real estate information delivered daily