As we put the first Â two weeks of October behind us, it’s time to take a look at how the real estate market is performing so far for 2014 in Kelowna. On October 3, Okanagan Life published an article about the positive trends of Lake Okanagan wwwelopment. Not only is the market of real estate wwwelopment positive for Kelowna, but looking at the sales reports for January 2014 to September 31, 2014, home sales show marked improvement from 2013. Any individual who wants to sell a house in Kelowna should feel optimistic about their ability to move their property in this fast-paced market. 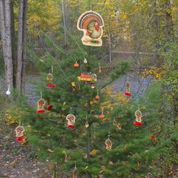 In all, 321 homes were sold in Kelowna in the month of September. Last year the same month saw 298 sales, demonstrating the housing industry in September in Kelowna is still strong. Townhomes especially saw a big increased demand in the area. 657 townhomes hit the market and sold in 2014, up dramatically from 474 sold last year. Condos were also big sellers, with 819 sold between January and September of this year; 2013 had 600 sold. Even mobile homes sales in Kelowna fared well with 31 more sold than last year.

Sales growth has been so strong that it may be the beginning of a new housing boom. If you are considering a new home in Kelowna, BC there is plenty of variety available. The housing market in Kelowna, BC features 1123 residential homes, 890 strata and 344 building lots. Sellers and buyers should both feel confident in this market.
Let us find you a new home today!
Please share this article with your friends
Have a great weekend