Included below are homes for sale and real estate in Dilworth, BC.

If you would like more information on any of these Dilworth real estate listings, just click on a property to access the full details. From there, you can request more information or schedule a tour. And we'd be happy to provide you with disclosures, past sales history, dates and prices of properties which have recently sold nearby, and more, so just let us know how we can help!

And, for your convenience, feel free to register for a free account to receive email alerts whenever new Dilworth listings come on the market that match your specific criteria.

$539,900
Neighbourhood: Dilworth Mountain
1966 Enterprise Way
Kelowna, BC V1Y9S8
2
Beds
2
Baths
1,145
Sq.Ft.
1997
Year Built
6
Days on Site
10268167
MLS
Bright, southeast facing corner unit located at the back of the building which is the quiet side, has a large patio with views of Dilworth Mountain, Mill creek. Over $20K in updates in this unit. Has...
Sutton Group-Lakefront Realty

Dilworth Mountain can be seen from just about anywhere in Kelowna.  The first houses were built about thirty years ago and they haven’t stopped building yet.  Nestled between Glenmore and Orchard Park Shopping Centre, Dilworth Mountain is reasonably close to everything yet once you’re there it seems like you’re a hundred miles out of town.  From your home here, it’s less than a ten minute drive to the airport, bridge, downtown, beaches, City Park, cultural district, Kelowna Secondary School, three elementary schools and a middle school.

There are easy to moderate hiking trails with most of them between 1 to 3 KMs.  At Dilworth Mountain’s peak, the best time to take this hike is at night.  At the summit you will overlook a 200 foot cliff but the views of the city are breathtaking giving you a different perspective at how beautiful this community is.

Homes in on the mountain were built on larger lots compared to neighboring North Glenmore and many of the homes are on view lots.  With views overlooking the city and Okanagan Lake on one side, Glenmore valley on another while north facing homes overlook the rest of the city towards UBC Okanagan.   It’s not unusual to see a lot of wildlife in their natural habitat while out and about on foot.

Homes start at $700,000 while the really nice luxury homes sell over $4 million.  It’s family oriented and many of the homes have swimming pools.  Many people who live on the mountain have commented that one of the least known benefits of living in the community is the air quality is much better than down in the valley because of the altitude.

The only drawback to the community is that there aren’t any lakefront homes, but there are some great lake views.  To sum up, people who live on the mountain all love it and can’t imagine living anywhere else in the city of Kelowna.  Homes have aged well and driving around gives you a sense that you’re in an upwardly mobile area. 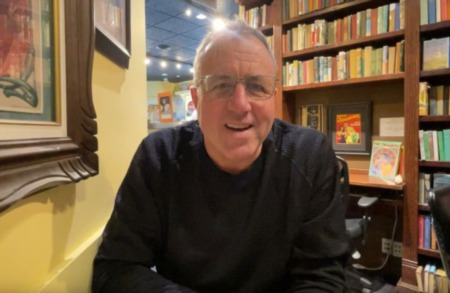 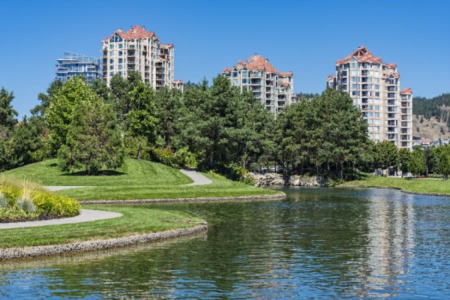